"Chinese enterprises are not left behind in assuming corporate social responsibility"

"Chinese enterprises are not left behind in assuming corporate social responsibility"

"This is an opportunity to learn skills overseas. We are committed to returning to Madagascar after five years' study in China in order to apply our experiences for our national development," Henitsoa Kanto Marie Christiana, a young Malagasy student, said while attending a scholarship awards ceremony.

Henitsoa was among the first 15 students going to China to pursue undergraduate studies in engineering at Chang'an University, sponsored by China Road and Bridge Corporation (CRBC) with the aim to strengthen China-Madagascar friendship, further localize its operation in Madagascar, and train more local talents.

"You are pioneers participating in this cooperation with Chinese companies," said Hajo Andrianainarivelo, Minister of Land Development, Housing and Public Works of Madagascar. He encouraged the students to study diligently in China and contribute to the development of the homeland upon returning, appreciated the concrete actions by CRBC in assuming corporate social responsibility, and hoped that Madagascar and China would continue with the partnership. 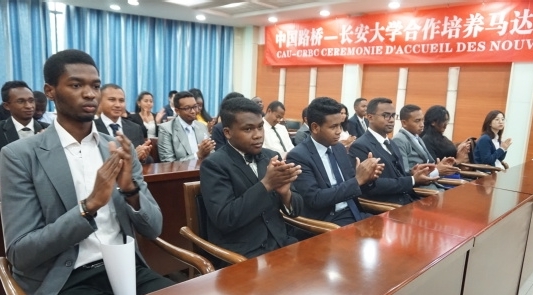 At present, the total stock of Chinese investment in Madagascar has reached over 800 million USD. The Chinese enterprises actively carry out CSR activities, contributing to Madagascar's economic and social development, improving people's livelihood, and achieving win-win development. One of the highlights is technical and professional training.

With the mean years of schooling for Malagasy people at merely 6.1 years and primary school dropout rate over 64.9%, the education level of Malagasy labor force is generally low, and the problem of unemployment and underemployment persists. The Chinese enterprises have not only created over 20,000 direct job opportunities, but also become the "technical college", "adult basic education classroom", and "Chinese-language training center" for local employees. With the assistance of the employers, ordinary Malagasy people have the chance to improve their skills and thus change their lives. 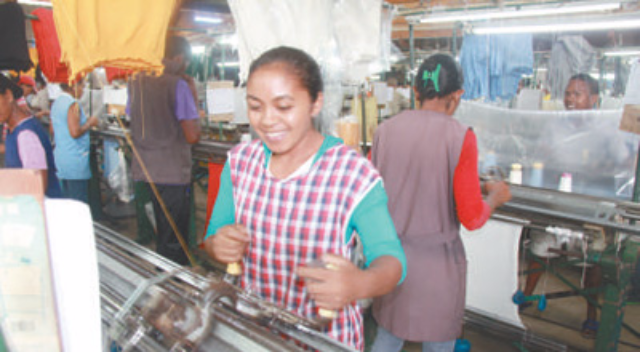 (An employee at KDC Madagascar operates a machine. Photo: The People's Daily)

The Inner Mongolia King Deer Cashmere Company (KDC) was the first Chinese textile enterprise in Madagascar. The company has created over 5,000 jobs and cultivated tens of thousands of skilled workers in Madagascar since 1997.

"I've been working at KDC for many years, and I met my wife here as well," said Manantsoa, a young Malagasy staff at KDC Madagascar. As monitor of the linking workshop, he is in charge of some 200 employees. "Over the years, I've been growing along with the factory."

In the General Policies of the State issued early this year by the new Malagasy President Andry Rajoelina, "sustainable development" was among the 13 priorities. While in China, "green development" is an important part of the New Development Philosophy, and also among the "Eight Major Initiatives" of China-Africa cooperation. In jointly pursuing the Belt and Road Initiative (BRI), Chinese enterprises have brought the green vision to Madagascar, the biggest island in the Indian Ocean and one of China's first BRI partners in Africa. 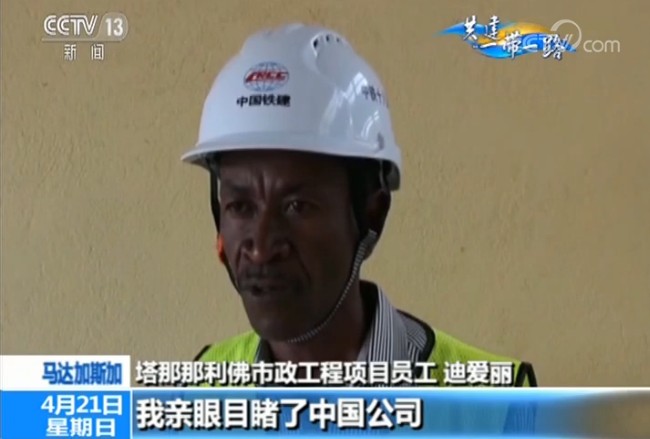 "I personally witnessed the measures taken by the Chinese company to protect the environment, such as reducing the dust and restoring the green field. The company has also taught us to use clean energy to protect the blue sky," said Thierry, an employee at the rehabilitation project of urban roads of Antananarivo carried out by the China Railway 18th Bureau Group (CR18G), in fluent Chinese.

"We chose Chinese company again in the bidding on this project, because the schedule and quality are guaranteed, and more importantly, they will not damage the ecology and environment, but instead bringing green vision to Madagascar," said Rémi, head of public contracts division at the Ministry of Land Development, Housing and Public Works of Madagascar.

Over the past decades, Chinese enterprises in Madagascar have accumulated unrivalled experiences in implementing key urgent projects, and built up an image for Chinese efficiency, Chinese quality and Chinese brand.

Pope Francis's visit to Madagascar in September was one of the most anticipated events for the country. Weeks before the visit, the Malagasy government realized that it might miss the deadline for the preparation of the grand mass because of the lack of funding and equipment for relevant construction works. The authorities then sought support from Chinese construction companies including the China Geo-engineering Corporation (CGC), CRBC and CR18G. Within 30 days, the task of land clearance and building of roads and other facilities was completed. Nearly 1 million Malagasy people attended the event. The essential support by Chinese enterprises was applauded by both the government and people of Madagascar.

The Association of Chinese Enterprises in Madagascar (AECM), established in July 2004, has become a platform to serve its members and an organizer for Chinese enterprises to participate in charity activities in Madagascar. 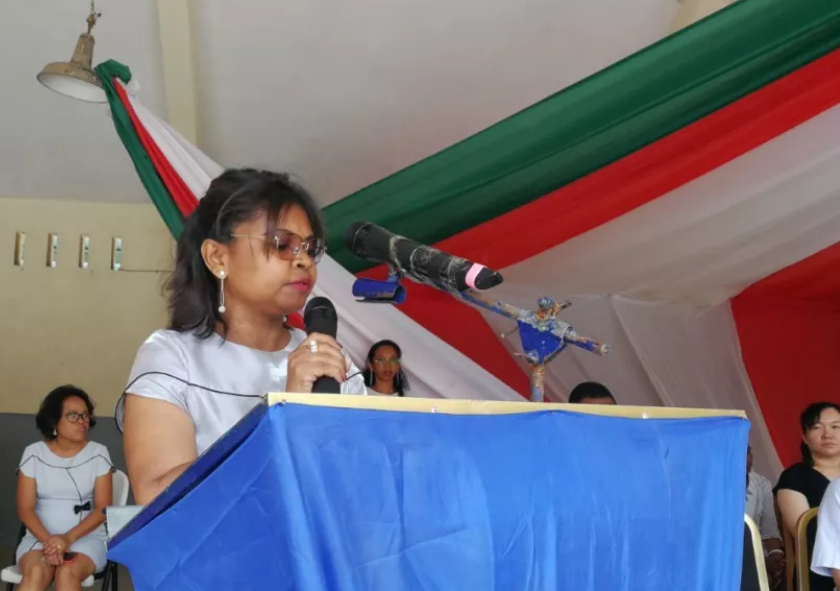 This year, the AECM visited the orphans of police officers at the Orphelinat MSOP Ambatolampy and donated school supplies, and donated teaching equipment and materials to the Lycée Jean Joseph Rabearivelo.

Chinese enterprises "not left behind" 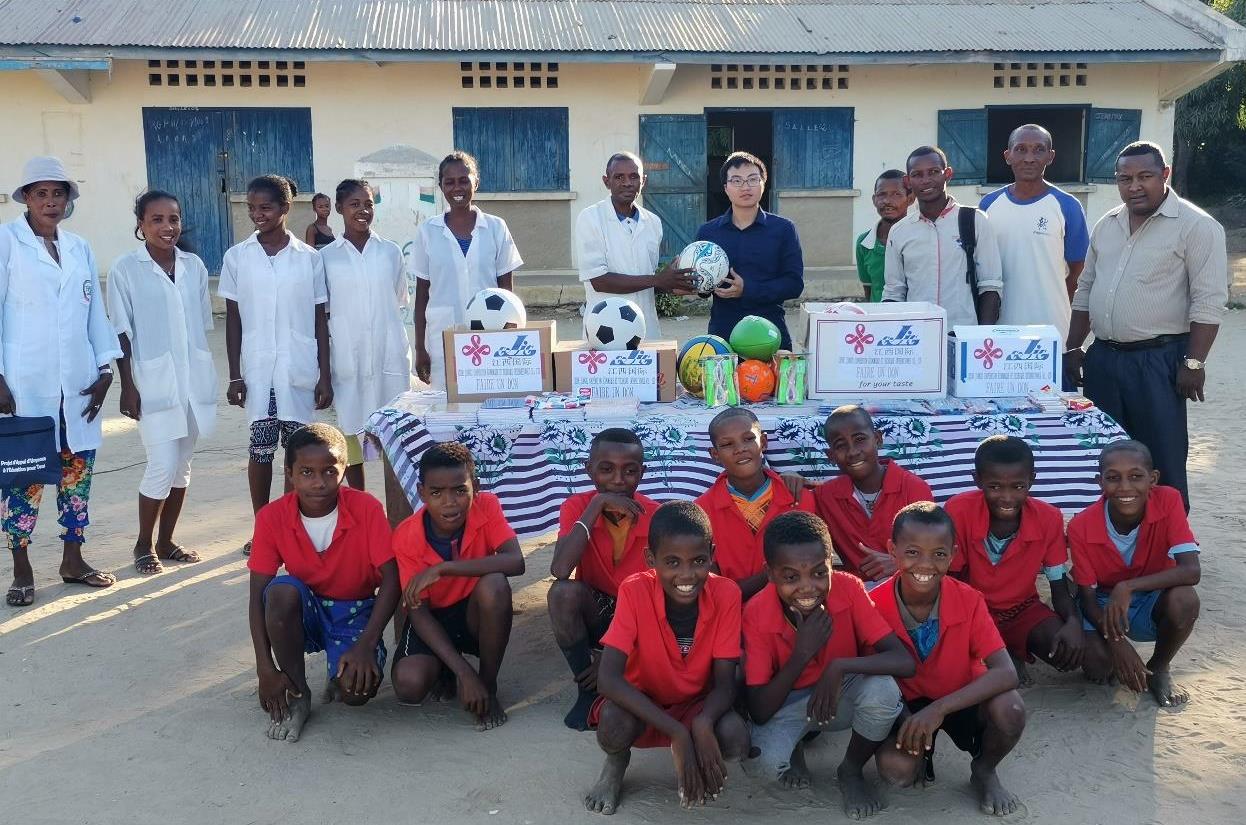 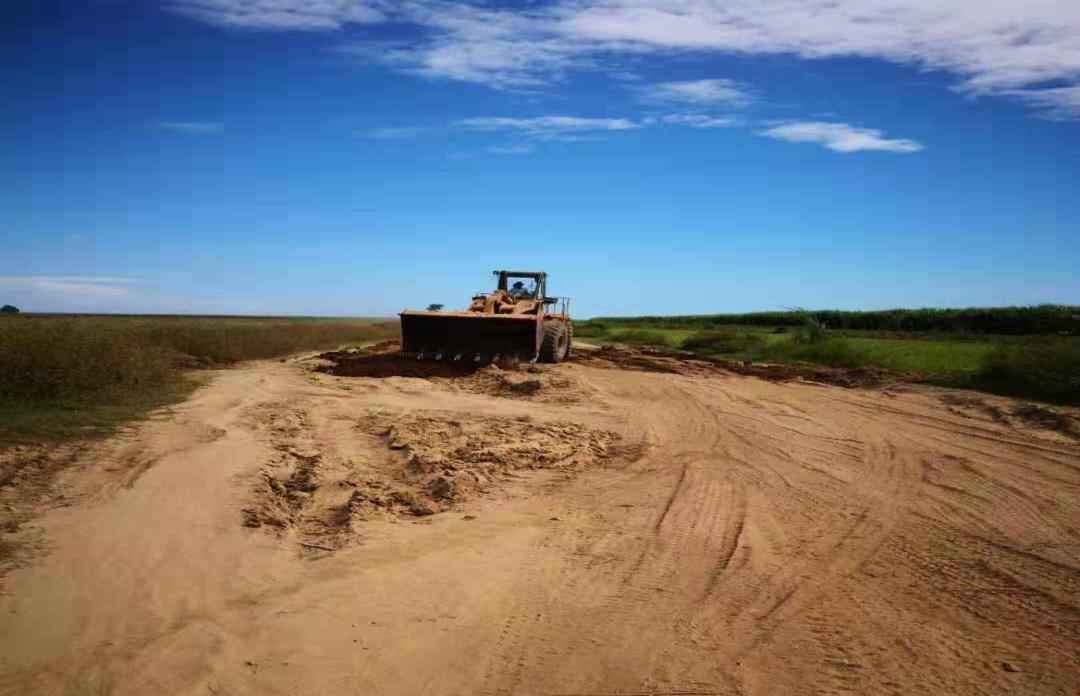 "Chinese enterprises are not left behind in assuming corporate social responsibility," commented Midi Madagasikara, a top newspaper in Madagascar.